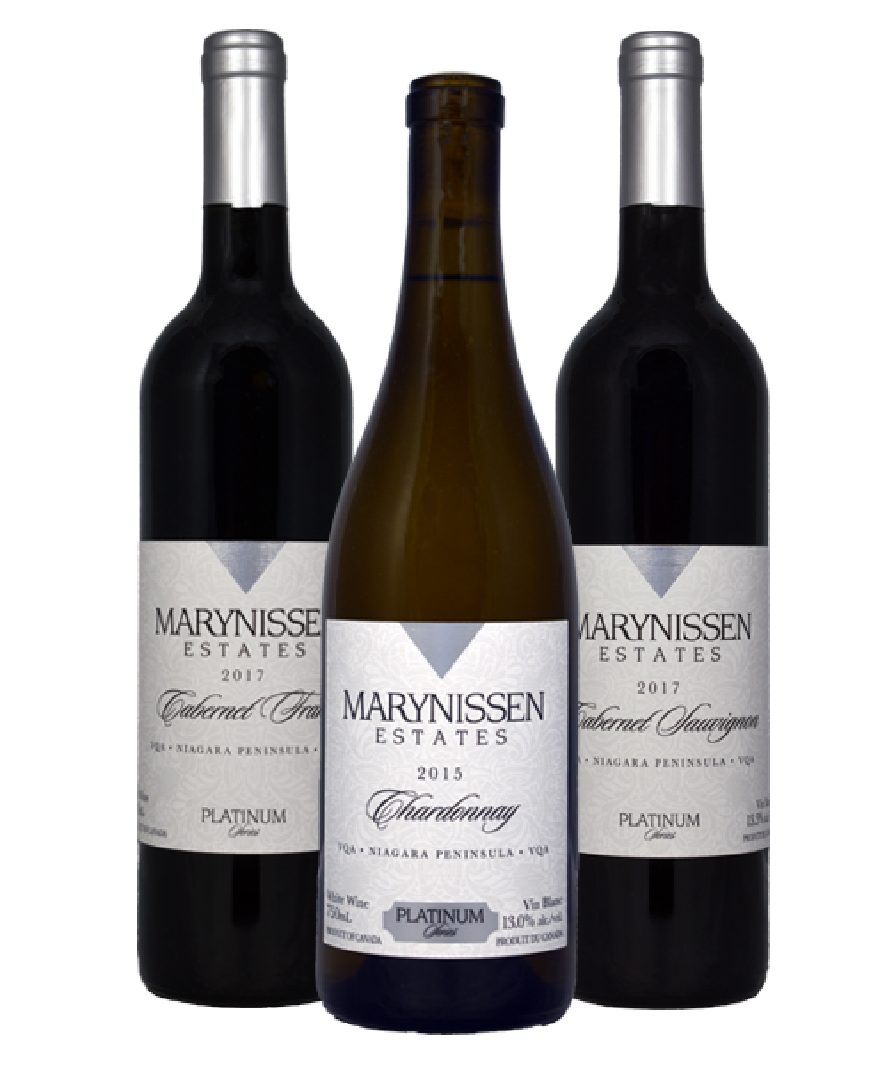 IN THIS MONTH’S THREE-PACK:

Lovers of rich, toasty chardonnay, rejoice! This wine was carefully aged for 18 months and was awarded a rare 92 points by wine critic Tony Aspler. The citrus and tropical fruit undertones will sing with seafood paella or spinach and ricotta ravioli in a creamy pesto sauce.

Opulent in both aroma and flavour, expect plum and black fruits to complement hints of cocoa and cedar. Enjoy this rare gem (only 100 cases were made) outside on a sunny day with a cheese plate and barbecued fare.

Marynissen is home to the oldest planting of cabernet sauvignon vines in Canada, the same vines that produce this bold, full-bodied wine. Notes of dark fruit, tobacco and spice are supported by excellent structure. The perfect partner to a prime rib meal or pepper-crusted ahi tuna.